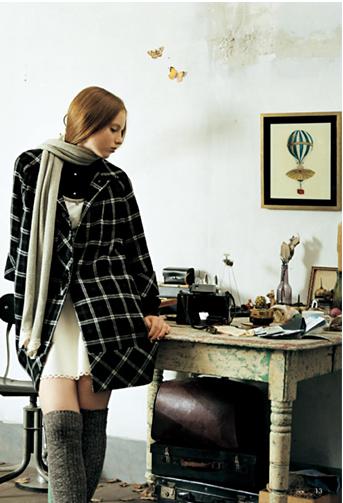 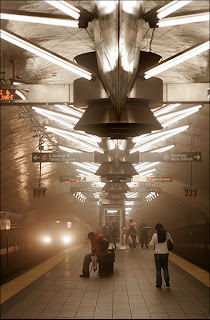 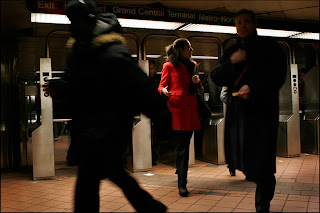 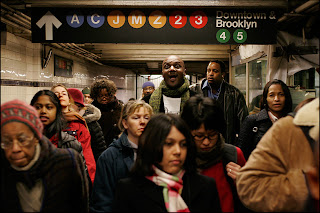 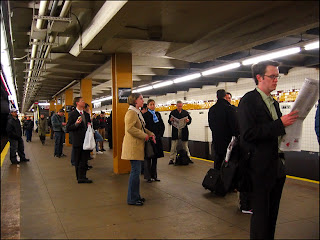 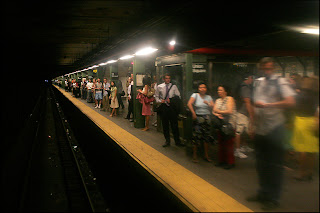 I just recently discovered the stunning and fascinating photography of Travis Ruse. This talented photographer has chosen to take his inspiration from a seemingly mundane exhibit, his daily commute on the subways of New York City. In doing so, Ruse has captured all of the small details and special moments that make the experience of riding in a subway car such an intriguing one. I know that I love coming into contact with all of these different people who come from so many diverse backgrounds in this intimate and contained environment. I always enjoy wondering where these individuals are headed and what activities fill their day in the city, and I can tell just by looking at these pictures that Travis Ruse is just as intensely interested in the subjects of his subway photography.

Be sure to visit the link and browse through the entire gallery - I picked out just a few to showcase for you, but each and every photograph is beautiful and interesting in its own right!

Panic at the Disco - Nine in the Afternoon

I apologize for the lack of steady posting lately - I have been kept very busy by papers and lots of reading! But anyway, I wanted to share with all of you the new video just released this Sunday by Panic at the Disco for the first single off of the new album Pretty. Odd. The full album won't be available until March 25, so until then we'll have to content ourselves with watching and re-watching this over-the-top, creative, and somewhat surreal video!

As far as the music goes, the band seems to be going for a more upbeat, poppy sound with this album. This decision will certainly spark some criticism, but overall I think it's a welcome change that lets us see a different side to their musical style.

P.S. Bonus points for anyone who can detect what's "missing" from the band! 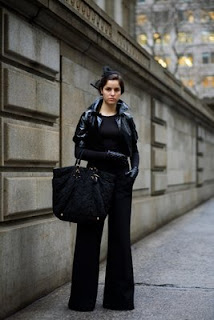 A fantastic new picture from the Sartorialist always seems to make my day! I can never seem to pull off head-to-toe black without looking washed out, but this stylish girl has definitely succeeded. I love the way she combined different textures in the gloves, bag, and jacket to add some dimension to an all-black look. Just to highlight some details, the bow in the hair is adorable (and so easy to incorporate into your own ensembles!) and the gloves are to-die-for! 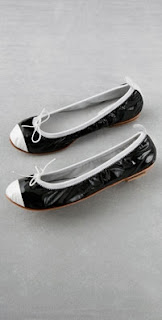 As I was browsing Shopbop yesterday, I happened to notice the name of a designer I had never seen before on the website's comprehensive listing. Of course, I recognized the name Bloch as one of my favorite dancewear brands, but I didn't really think that the maker of my humble canvas slippers was really selling its wares on Shopbop. Sure enough, however, the $170 "Luxury Ballet Flats" seen above were produced by the same designer who supplies me with my $14 canvas ballet slippers. To be honest, I'm still just a little confused. Aiming high, Bloch? 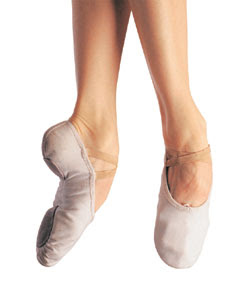 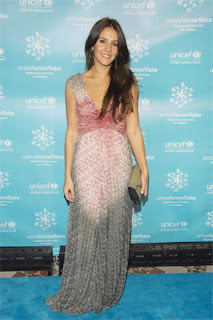 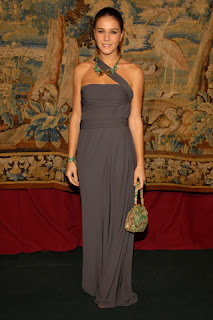 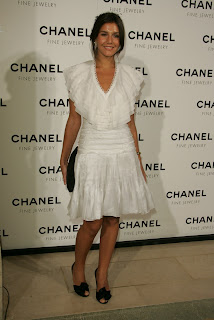 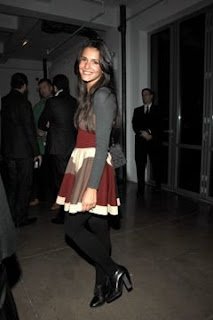 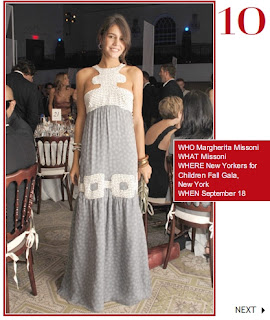 What's not to love about Margherita Missoni? Of course, she just happens to be the heir to the Missoni fashion house, but she is also a natural beauty with a unique style in her own right. Not to mention that she is intelligent (she studied philosophy at Columbia), ambitious (she is training to be an actress), and generally regarded as level-headed, given her family's fame and fortune.

I think that what makes Margherita so magnetic is her confidence and poise. So often, we see young celebrities and socialites attempting to pull off ultra fashion-forward looks who just end up being worn by their clothes instead. In Margherita's case, however, here is a girl with natural presence who is able to pull off even the loudest Missoni print dress with ease. Maybe it's in her genes?
Publié par Ceci n'est pas une blogger. à 3:26 PM 9 commentaires:

For those of you who don't compulsively check Anthropologie's website for updates on a daily basis, don't worry - I can do that for you! I was delighted to see a selection of adorable and stylish new outfits for the spring when I logged on. It could just be that I'm getting tired of putting on a winter coat, scarf, and gloves every time I want to go outside, but I am really craving spring weather right about now. Browsing the new outfits at Anthropologie, along with some beautiful new items based around the theme of primary colors, certainly put me in a springtime mood!

Browsing through all of the outfits, these two items really jumped out at me as pieces that could easily be incorporated into just about any wardrobe. The grey cashmere sweater is a great, flattering basic with a girly twist in the ruffly trim, while the wrap has a really exotic vibe but looks perfectly sophisticated paired with dark jeans, not to mention it's a steal (in Anthropologie terms) at only $58. 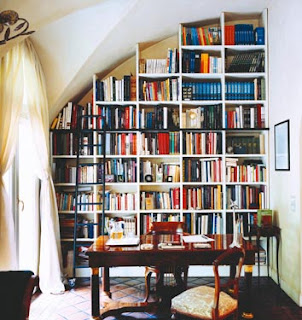 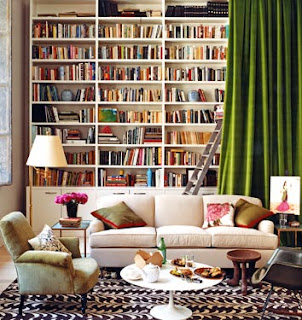 For as long as I can remember, I have always loved curling up with a good book in a comfy armchair and spending hours enraptured by a moving plot and engaging characters. Of course, as a girl who is also obsessed with anything fashion and design related, this "hobby" logically led to an admiration for beautiful places devoted to reading. Case in point, I was amazed by the gorgeous library in the castle in Beauty and the Beast! Fast forward to today, and I think these two spaces represent a modern take on the traditional, dark wood library (complete with a ladder to reach the top shelves, of course).
Photos from dominomag.com
Publié par Ceci n'est pas une blogger. à 6:23 PM 10 commentaires: